Variable output models are primarily intended for applications where there is a need to replicate the various nominal utility mains voltages and civil frequencies deployed throughout the world. This makes them ideal for use in testing centres, research laboratories, and testing on production lines.

To learn more about the comprehensive ranges of Static Voltage & Frequency Converters available from Sinalda UK please check-out the series listings below: 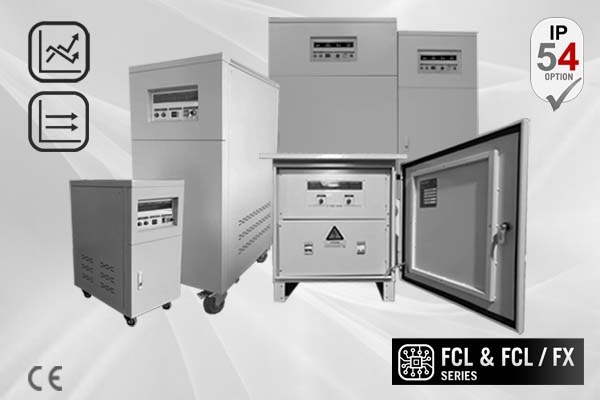 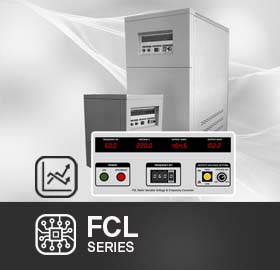 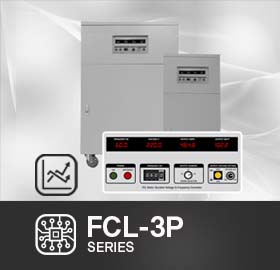 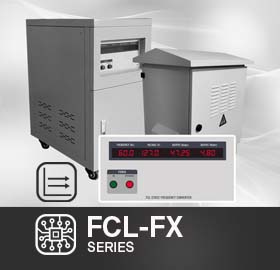 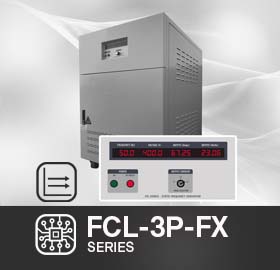 Models are also available, on request, offering a Three-Phase Input and Single-Phase Output

How to Choose a Static Frequency Converter?

When it comes to choosing a static frequency converter, it’s important to first understand the machine you’ll be applying the device to, whether the load will be restrictive, inductive, capacitive, regenerative, a rectifier or mixed. You should also take into account the inrush current to help make sure the current to frequency converter will work properly with both the power flow and load type the converter will be operating in.

Here you’ll find answers to some of the more frequently asked questions when looking for a Static Frequency Converters & Voltage Converters.

We also have a dedicated FAQ page where we try to answer other questions. Visit the FAQ page.

If you have a question that you can’t find the answer to, please let us know by using the Contact Us page.

What is a Frequency Converter?

A Static Frequency Converter (SFC) does this electronically without any moving parts. Before the availability of SFCs,  the only way to change the frequency was by using an electro-mechanical Rotary Frequency Converter, in essence, a glorified motor generating set.

There are basically two types of Static Frequency Converters – those offering a variable adjustable output and those delivering a fixed output.

Who needs a Static Frequency Converter?

Variable Output Static Frequency Converters are primarily intended for applications with a need to replicate the various nominal utility mains voltages and civil frequencies deployed throughout the world –  making them ideal for use in testing centres, research laboratories, and testing on production lines.

As is frequently required for Aviation and Military applications,  variable and fixed output models are also available configured to deliver a 400 Hertz output.

How does a Static Frequency Converter work?

How do you size a Static Frequency Converter?

Static Frequency Converters have both maximum kVA (Apparent Power) ratings and kW (Real Power) ratings – the difference between the two being commonly referred to as the Power Factor.

Where the load type is inductive in nature, such as motors (fans, pumps, etc), solenoids, and relays, it is essential that high inrush current and short-time overload factors are fully considered. With motors (without a soft start facility) typically drawing on start-up current 5 to 7 times the stated rating of the motor it is recommended that a Frequency Converter is selected that is at least 3 times the stated rated capacity of the load.