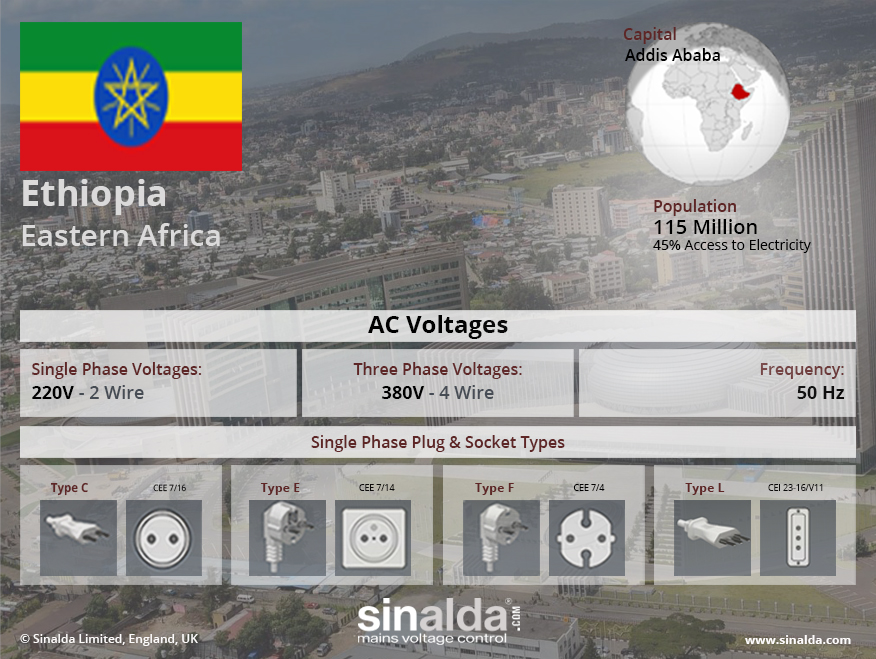 Historically, Ethiopia has been constantly plagued by frequent voltage fluctuations and power outages. A 2015 World Bank report estimated that 80% of Ethiopian manufacturing and retail firms experienced on average 8.2 electrical outages in a typical month, with an average outage duration of just under 6 hours.

Citizens, businesses and government institutions alike continually complain about these power disruptions and the effect it has on their ability to get on with day to day life. The poor quality and reach of the power grid are often cited as major limiting factors in sustaining the nation’s impressive economic growth. In industry and business, without the availability and assurity of a stable and constant grid power supply, the use of expensive off-grid generators is commonplace. The World Bank, in their 2015 report, estimated that almost half (48.9%) of the total electricity demand from manufacturing and retail firms was satisfied by the use of off-grid generators.

Ethiopia is one of the least developed countries in the world. Approximately 34% of its over 100 million inhabitants exist below the poverty line, and about 57% of the population (73% in rural areas) live without access to electricity. It is estimated that only 24% of primary schools and 30 percent of health clinics have access to electricity.

The economy in Ethiopia is one of the fastest growing in the world, with an average growth rate of 10.8% since 2005. Due to the rapid GDP growth, demand for electricity has been steadily increasing. With a national peak demand of 2,500 megawatts dropping to 700 megawatts off-peak, until recently generating capacity was a mere 2,400 megawatts, but in the last few years, because of new resources coming online, capacity has risen to 4,500 megawatts, but availability has been let down due to weaknesses in the distribution infrastructure.

In the past, most of the electricity was consumed by households, but, following recent economic development and the associated industrialisation, the consumption dynamics has changed. Industries and business organisations now account for more than 60% of demand. Addis Ababa, Ethiopia’s sprawling capital, accounts for almost half the nation’s consumption. Moving forward, the demand for electricity is expected to continue to grow at just under 30% per annum, putting further pressure on the nation’s generation and distribution resources. To feed increased demand and to enable exports to neighbouring countries under the nation’s Growth and Transformation Plan (GTP) generation capacity is planned to increase to 15,000 megawatts by 2022.

Ethiopia is one of the few countries in the world where the electric grid is nearly 100% supplied by renewable sources. It is estimated that today, approximately 99.96% of the electricity consumed is from renewable resources with 93% of electricity being generated from drought prone hydropower, with the remainder being generated by wind energy and less than 1% by diesel. 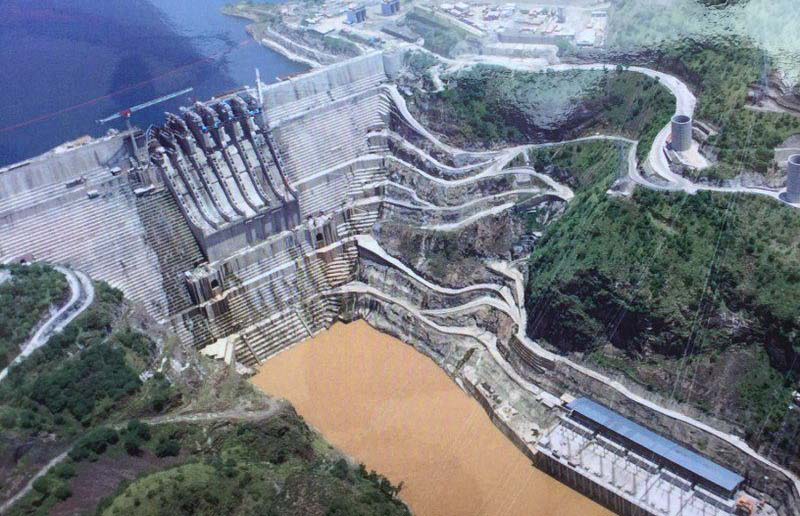 The 243m-high hydropower plant, which has a capacity of 1,870 MW, is the third-largest dam in Africa and is the biggest in a series built along the Omo River, in south-west Ethiopia. Became fully operational in December 2016.

With the Nile River, the longest river in the world, originating in the Ethiopian Highlands and the Danakil Depression, found in northern part of the Afar Triangle, being one of the hottest places on this planet, the country has the potential to further generate an additional 60,000 megawatts of clean electric power from hydroelectric, wind, solar and geothermal sources. Through harnessing these resources, Ethiopia seeks in the longer terms to become the true Power Hub of Africa.

While it is apparent that in recent times Ethiopia has taken and plans to make still further advances in adding generation capacity, unless the distribution networks that distribute the generated power can modernise and grow at the same pace voltage fluctuations and power outages are not yet, or likely to be in the immediate future, a thing of the past.