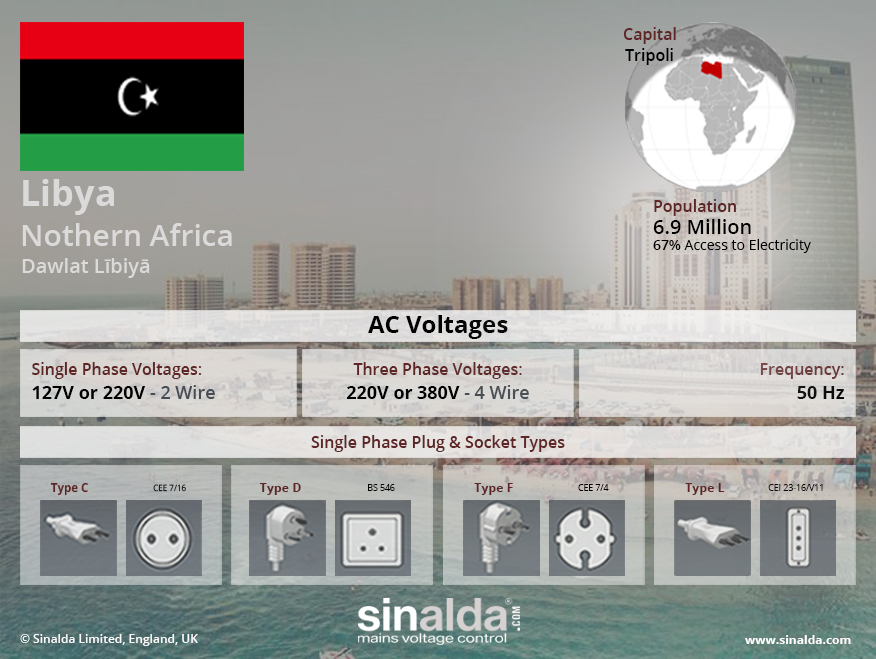 Today, as a result of the civil war that has raged in the country since the over throw of Colonel Gadhafi power outages and brownouts are common daily events for most of the country.

Libya, located between Algeria and Tunisia in the west, Egypt in the east, and bordering the Mediterranean Sea in the north, is the second biggest country in North Africa and has a population of 6.3 million.

Following the removal of Colonel Gaddafi in 2011, the country has been thrown into civil war. Today, Libya is largely considered to be a quasi-failed state. Rather than being considered one big mess, it is perhaps best viewed as a whole set of countless messes with the UN-backed Government of National Accord (GNA) based in Tripoli being contested by a rival administration in eastern Libya. Institutions function in certain areas, where as in other parts of the country it is virtually total anarchy and much of the country’s infrastructure has been either damaged or destroyed.

General Electricity Company of Libya (GECOL) is the state-owned electricity company that is responsible for power generation, transmission and distribution.

In 2010 prior to the present troubles, Libya had a total electricity installed capacity of 6.8GW, which was generated by power plants either fuelled by home produced oil or natural gas. At this time the country enjoyed a near 100% electrification rate and electricity was supplied free of charge to users.

As of January 2017 it was estimated that Libya’s power stations were able to generate 5050 MW of power while the actual demand was reportedly assessed to be running at 6800 MW, resulting a supply vs demand gap of 1750 MW – anticipated to rise over the Summer to 2150 MW as the network struggles to meet the demand for air-conditioning.

The situation is in fact even worse with several of the power stations being taken offline for maintenance and others being unable to run due to a supply shortage of gas and liquid fuel. Today scheduled rolling blackouts and brownouts are common across the country. These power cuts can last up to 24 hours and also disrupt water supplies, mobile phone services and internet connections. More wealthy private and business users are now having to turn to off-grid diesel generator solutions to keep the lights on and to supply power for the running of their businesses.

All commentators agree that until such time as the current political and security situations can be improved, the poor state of the nation’s utility supply will continue. Only through ensuring stability in the country will the suspension of works on new power plants be lifted, or the damaged distribution infrastructure stand any chance of being repaired or replaced.