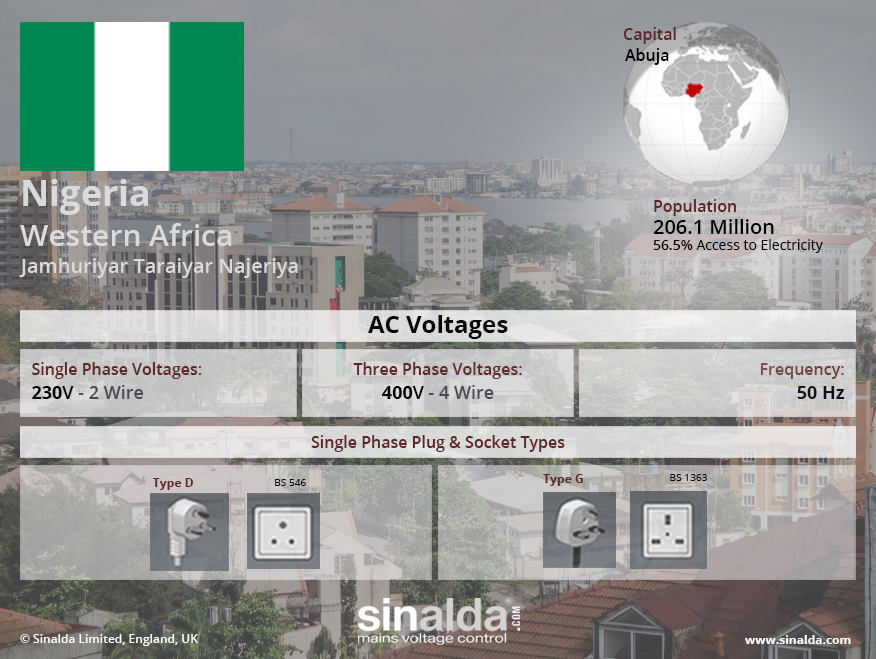 Electricity demand in Nigeria far outstrips available supply. Much of the electricity distribution network is at present poorly maintained and the supply is often described as epileptic in nature, characterized by extreme voltage variations, load discharges, frequent and long outages and a reliance by business and more affluent individuals on off-grid self-generation.

The poor state of the power supply in Africa’s second biggest economy is widely viewed as one of the major constraints to the nation’s economic growth.

While Nigeria has an abundant supply of natural resources, including large reserves of oil and gas, it has one of the lowest net electricity generation per capita rates in the world. It is estimated that the electricity grid in Nigeria only services about 25% of the population, which mean 120 million Nigerians live in darkness without electricity.

Electricity generation is primarily derived from hydropower and fossil fuels (Oil, Gas and Coal). Within each of these sectors there has historically been structural problems that have detracted from overall generating capacity efficiency.

Over the years Nigeria has lurched from one power crisis to another. Huge investments have been made in both generation and distribution and yet Nigerians have seen no tangible improvements in availability or quality.

To increase generating capacity in the market the government has in recent times actively encouraged foreign investment and has licensed a number of Independent Power Projects (IPPs) to generate electricity. As things stand today it is estimated that the total installed theoretical generation capacity is just under 7,000 megawatts, however actual power generation never seems to rise above the 50% level!

The Nigerian Power Sector until very recently was controlled by the state-owned Power Holding Company Of Nigeria (PHCN), formally known as the National Electric Power Authority (NEPA). However at the end of 2013, in the midst of a great fanfare, PHCN was disbanded, with their responsibilities being handed over to ten state licensed private distribution companies and four generating firms. Heralded as at last the long-term solution to Nigeria’s much lamented power problems, the generation and distribution problems which these new providers face are huge. Finding deliverable solutions will be monumental undertaking which will require huge investments and the patience of exasperated consumers.

With no quick fix available for the country’s power problems, Nigerian’s in the short to medium term should expect more of the same – voltage variations, load discharges and frequent and long power outages.