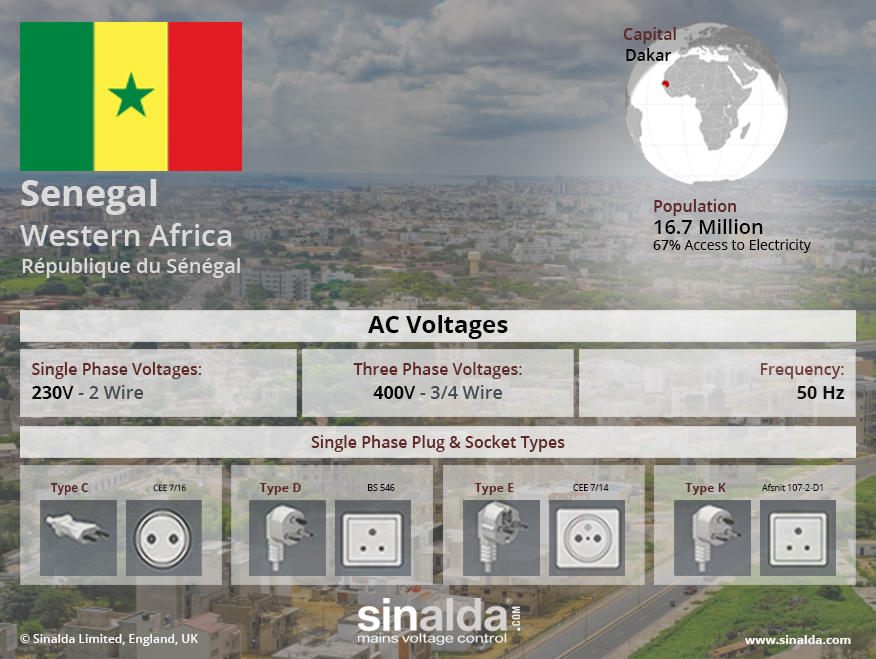 Like many countries in Africa, Senegal has historically suffered from a supply and demand imbalance caused by structural under capacity and underinvestment in the sector.

With aging power plants, reliability of the supply is poor, being characterized by extreme voltage variations, load discharges and frequent and long outages.

The World Bank estimates that in an average month Senegalese endure 12 days when there are power outages.  In June 2011, power cuts, some of which lasted as long as 20 hours, sparked violent riots in Dakar and other towns.

The electrification rate in Senegal is relatively high compared to surrounding countries with 75% in urban areas and 17% in rural areas, resulting in 45% nationwide.

With an estimated installed capacity of 633 Megawatts, Senegal’s primary source of electricity generation is derived from diesel and gas, with some hydroelectricity supplied from the Manantali Dam in Mali where the generated capacity of 200 Megawatts is shared between Senegal (33%), Mali (52%) and Mauritania (15%).

During the past decade, the Senegalese economy has seen a major crisis in the electricity sector. The worsening situation was marked by record power shortages in 2008 and 2011, with as many as 270 days of load shedding registered in the latter year, which could only be alleviated in 2012 by resorting to the very expensive rental of short-term generation capacity.  In response, the government, in association with the World Bank, has prioritised the refurbishment of existing aging power plants and infrastructure, whilst at the same time seeking private sector investment in the expansion of generating capacity.

The poor quality of electricity supply in Senegal is viewed as a fundamental obstacle to future economic growth. Upgrading infrastructure and getting new capacity online is likely to take considerable time and in the meantime Senegalese should in the short to medium term brace themselves for more of the same power problems.