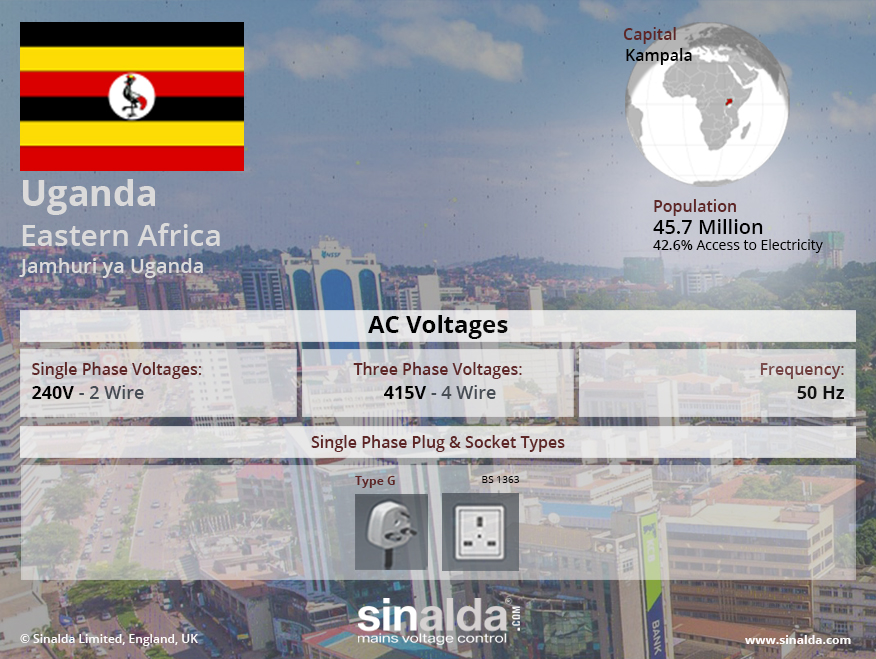 Much of the electricity network in Uganda is at present poorly maintained and the country experiences frequent brownouts and power cuts.

While recently installed additional generating capacity may have somewhat alleviated the situation the possibility of a full-blown energy crisis in the long term still remains a clear possibility.

It is estimated that Uganda has an installed generating capacity of 595 Megawatts, mostly derived from hydropower.

The electrification rate in Uganda is very low, with 12% at a national level reducing to 5% – 6% in rural areas. About 72% of total electricity supplied by the main grid is consumed by 12% of the population concentrated in the Kampala metropolitan area and nearby towns of Entebbe and Jinja. The lack of access to electricity severely constrains the economic development of rural areas and limits access to information and communication technologies.

In 2004 Uganda reformed its energy sector both politically and economically to include a new legal and regulatory framework based on which the then vertically integrated monopoly, Uganda Electricity Board, was dismantled, making way for public-private partnerships. Since then, the government has attempted to create an enabling environment for private sector investments in generation and distribution of electricity, while transmission above 33kV remains a public function through the Uganda Electricity Transmission Company Ltd (UETCL).

Over the last two decades GDP as grown an annual rate of above 6%, with electricity demand growing on average at 10% per annum. With generating capacity affected by recent draughts, this increased demand for electricity has not been matched proportionally by new generating capacity coming online and as a result there has been an increased frequency in power outages and deliberate load shedding, planned voltage brownouts and power outages.

Looking forward, the country is projected to enter a period of rapid economic growth, partly due to the imminent commencement of oil extraction, and also as a result of increased growth across Africa, especially in East Africa. As a result demand for electricity from industrial and domestic consumers is projected to increase significantly. Even with the new 250 Megawatt Bujagali hydro power plant coming online, the base case peak demand growth scenario shows further supply shortages from 2015 onwards.

With addition generating capacity urgently required if a full-blown electricity supply crisis is to be avoided in the future, Ugandans should be bracing themselves for more of the same, if not worsening, power problems over the short to medium term.