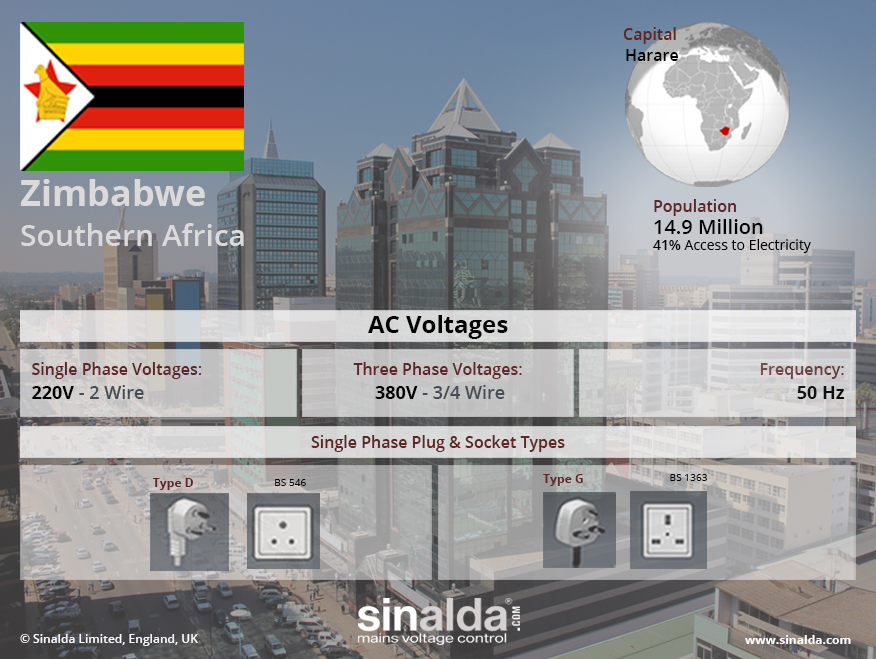 Zimbabwe is in what seems to be a never ending electricity crisis as the country’s power utility constantly struggles to meet demand. For Zimbabweans regular, and at times prolonged, brownouts and blackouts are part of normal everyday life. As a result more affluent individuals and businesses rely on off-grid self-generation to ensure the lights remain on.

The general lack of reliable and stable power severely hampers economic growth and is a major contributor to the current national economic crisis that prevails in the country.

Most commentators agree that without true political reform, together with extensive investment in new modern generation and transmission capacity, the current situation will only continue to deteriorate.

While electricity reaches 79% of urban households, it is estimated that nationally 60% of Zimbabweans still have no access to electricity; with electrification only reaching 19% of rural households.

Despite the country’s population having almost doubled from 7.2 million people at the time of independence in 1980 to more than 14 million today, the country still relies more or less on the same power stations to generate electricity.

It is estimated that current available generation capacity stands at 1,300 MW, against an officially reported peak demand of 2,200 MW. Some commentators argue that in fact the true peak figure is more like 5,000 MW!

Generation, transmission and distribution of electricity in Zimbabwe is the sole responsibility of the state owned Zimbabwe Electricity Supply Authority, (ZESA). 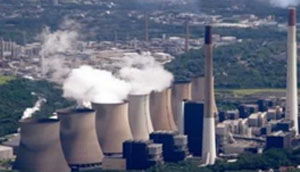 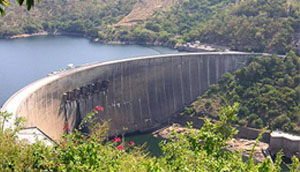 ZESA owns four thermal power stations, of which the biggest is the coal-fired Hwange Power Station in the west of the country capable of producing 920 MW of power. The other three thermal stations in Harare, Bulawayo and Munyati are considerably smaller only being able together to deliver 270 MW of generation capacity. Suffering from a lack of effective maintenance and in need of modernization, in recent times these stations plagued by coal shortages have struggled to remain online, being subject to all too frequent scheduled and unplanned shutdowns.

In addition ZESA owns, with its Zambian counterpart ZESCO, the Hydroelectric South Kariba Power Station on Zambezi River. Operational since 1960, the station is capable of generating 750 MW of power. However, with concerns being expressed about the level and effectiveness of maintenance procedures at the plant, the operational capability of the station in the medium to long-term is questioned by many commentators – especially in light of a recent report in 2014 where serious warnings were raised about the potentially catastrophic deterioration in the state of the dam’s foundations.

While in recent times the government has encouraged ZESA to seek long term supply contracts with Independent Power Providers (IPPs), the poor credit rating of ZESA combined with the general difficulty of doing business in a politically unstable and corrupt country has meant that IPPs have struggled to secure essential external funding to make such operations financially viable or risk acceptable for international investors.

Where ZESA is unable to meet demand with locally produced electricity the company seeks to buy electricity from neighbouring Mozambique, South Africa and the Democratic Republic of Congo. Politically sensitive in nature and with credit hard to obtain for the debt burdened state utility, ZESA is not always able to source sufficient energy to satisfy its needs.

In early September 2015 following a prolonged period of drought, where water levels at the Kariba Dam were seen to fall by over 50% in one year, ZESA was forced to restrict generation capacity at the hydroelectric station to only 475 MW. This loss of capacity, along with generation constraints at the Hwange Power Station and restricted power imports, had an immediate effect resulting in some areas in the country experiencing up to 18 hours of load shedding. With commentators predicting that by December ZESA will probably have to further limit output from the Kariba station to a mere 280 MW, the situation in Zimbabwe looks as if it is only going to get worse.

In response to the current crisis the government has called upon major mining companies and other large electricity consumers to reduce consumption by up to 25%. Fearing that there could well be low rainfall in future seasons, ZESA has advised that they are investigating the possible deployment of emergency diesel generator plants. However this would come at a considerable cost which would have to be passed onto the consumer through substantially increased price tariffs.

Long term the government has announced, as part of it’s ‘Go East’ strategy, contracts with Chinese companies to revamp the Kariba hydro-power station and the Hwange thermal power station with a view to being able to bridge the supply and demand gap by 2022.

For the first time the government is also starting to consider seriously other sources of renewable energy; with medium to long-term plans to set up a solar-powered electricity generation plant in Zvishavane and ZESA launching a solar energy campaign, where households are encouraged to replace electric geysers (water heaters) with solar ones.

With no real quick fix available for the country’s current power problems, in the short to medium term Zimbabweans can only expect, at the best, more of the same – voltage variations, load discharges and frequent and long power outages. Most observers agree that the only way a viable long term solution to the country power woes can come about is through substantial new investment in the sector, coupled with the introduction of major widespread political reforms.