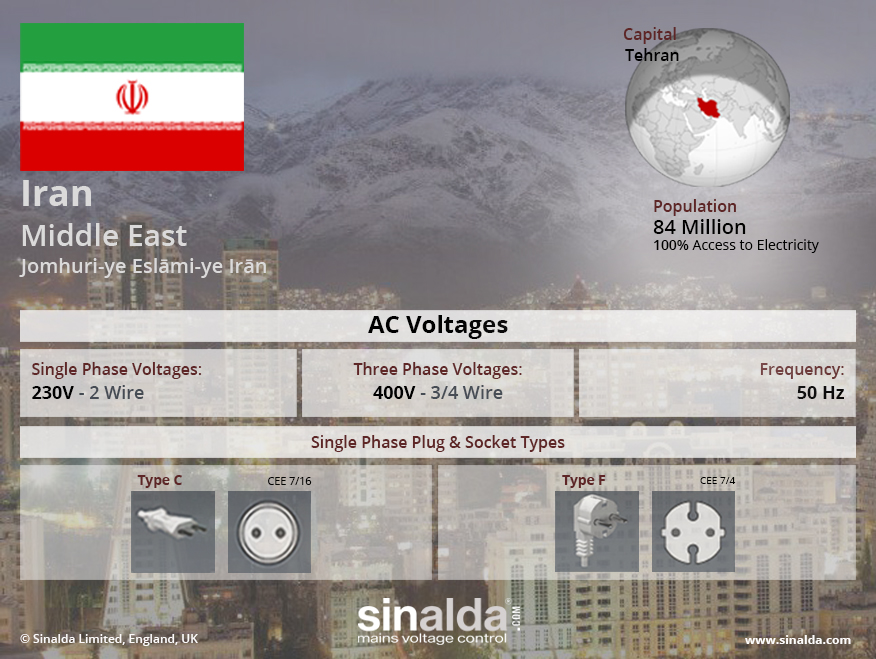 The quality of Iran’s electricity network has improved significantly in the last ten or so years. Gone are the days of frequent and prolonged voltage fluctuations and power outages. However, due to financial issues in the debt laden sector, especially in the summer months as demand rises with the temperature, electricity generators and providers can at times still struggle to satisfy peak demand and rationing and power outages can still occur.

Today, Iran generates 90% of its own electricity. Moreover, it is the leading producer of electricity in the Middle East and the fourteenth worldwide.

There is virtually universal access to electricity in Iran.

Iran is wealthy in resources with the world’s second-largest natural gas reserves and the fourth-largest verified crude oil reserves. Almost 62,000 megawatts, or 80% of Iran’s 75,000 megawatt output, is generated from thermal plants that burn fossil fuels. In addition, 12,000 megawatts comes from hydroelectric plants and 1,000 megawatts from the country’s sole and highly controversial nuclear power plant in Bushehr, in the south of Iran. 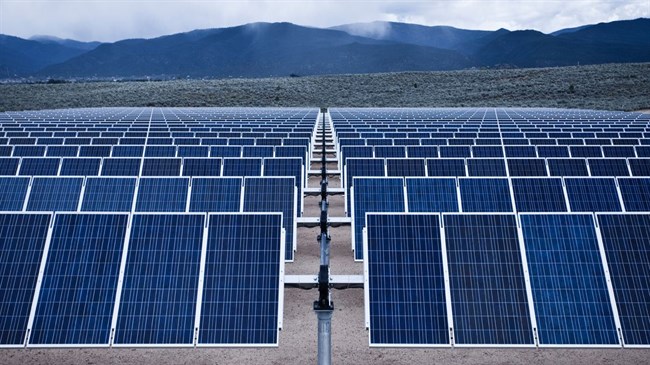 The Minister of Energy oversees Iran’s water and energy resources. In addition, the legally independent yet state owned holding companies, Iranian Electrical Power Equipment Manufacturing and Provision Company (SATKAB) and the Iranian Power, Generation, Transmission and Distribution Management Company (AVANIR), fall under the authority of the Minister of Energy. SATKAB orchestrates purchasing and supplying machines, equipment, and installations in behalf of the Minister of Energy. TAVANIR operates and develops the electricity sector. The Iranian Power, Generation, Transmission and Distribution Management Company has various subsidiaries to carry out its responsibilities of producing, distributing and transmitting electricity throughout Iran. It also calculates rates and provides proposals on the electricity tariff to the Minister of Energy. TAVANIR’s chief subsidiary in handling these duties is The Renewable Energy Organization of Iran (SUNA).

In addition, though the electricity generators are run by the government, the vital producers, equipment, and contractors are supplied through private businesses. The administration’s excessive debt to these companies, banks, and others impedes the financial support the energy sector needs to thrive. This public debt, along with sharply increased consumption, is expected to lead to power outages across the country. The government has struggled with blackouts several times in the past and had to ration electricity.

In recent years international sanctions have resulted in economic hardships that have suppressed the demand for power and left the sector with excessive debts.

Following the recent lifting of international economic sanctions, demand for power is rising significantly. Last summer, with the need to keep the Air Conditioning running, power consumption hit a historic record high of 53,000 megawatts. While at first glance the margin between supply and consumption would appear to be acceptable, when you factor in the fact that approximately eleven percent of power generated is wasted during the transmission and distribution process maintaining a healthy margin between available power and demand is giving cause for concern.

Iran is wealthy in resources with the world’s second-largest natural gas reserves and the fourth-largest verified crude oil reserves. However, the lack of investments and access to new technology in the sanctions period had a heavy impact on the energy sector. During that period oil export revenues were reduced by half, foreign investments were suspended, there were huge cuts in production leading to cancelations for many oil and gas projects. With the sanctions lifted, and the end of economic isolation, Iran has accelerated its production and export of electricity.

Iran’s power plants have the capacity to generate 75,000 megawatts and produce 282 billion kilowatt hours of electricity. To maintain the current performance level and keep pace with growing demands, the power generation and distribution sector needs investments of seven to eight billion a year. But the Iranian government, due to its debts, is unable to supply the energy sector with the needed funds. Even without including the accrued interest, Iran’s annual budget deficit is around five billion dollars, which is equivalent to half of the annual expenditure of the electricity industry. Due to this debt, three electrical installations were forced to shut down.

Despite all of these challenges, many countries are lining up to buy electricity from Iran, including Jordan, Russia, India, Pakistan, Azerbaijan and others. However, if Iran is unable to resolve its financial issues, it could lose its foreign markets, which would also have an additional adverse effect on its financial state.

Due to the rapidly increasing domestic demand for electricity, Iran needs to lure foreign investors. And Iran’s energy sector offers plenty of opportunities.

On the other hand, Iran’s energy sector has its share of challenges.

Iran’s climate and geography are well suited for renewable energy, which offers some resolutions to the issues facing the country’s energy sector. Iran is favored with more sunshine than sunny Spain, with up to 2,800 hours of sunshine per year to transform into solar power. In addition, Iran’s wind speeds will blow you away with the potential for over 30 gigawatts generated from wind power. Hydropower is Iran’s largest renewable resource per generational capacity and the Iran Water and Power Resources Development Company (IWPCO) manages most major hydropower projects.

Iran’s first biogas plant began operation in 2009. Overall, the potential of biomass sources in Iran is estimated at 132 million ton (oil equivalent). Considering the typical amount of biogas from livestock, industrial, municipal, and agricultural wastes, Iran can generate about 16146.35 million cubic meters of energy, which will create approximately 323 petajoule (10(15)) of electrical output.

The only disadvantage of renewable energy for Iran is the expense of developing it. However, If Iran can reduce their oil consumption and energy waste as well as use more sustainable energy, they are likely to maintain their energy boom, attract more foreign investors, and pay off some of their debt.

Moving forward Iran has a huge potential to exploit renewable energies. However, with rising consumer demand and the poor state of public finances, combined with the ever-present threat of the renewal of international sanctions, maintaining a blackout and brownout  free power environment is likely to be a continuing challenge. 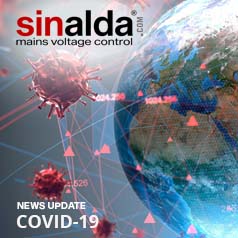 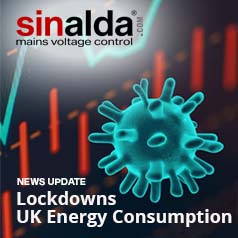 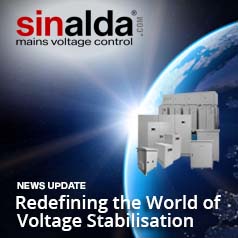 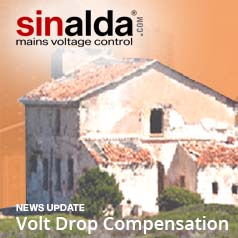