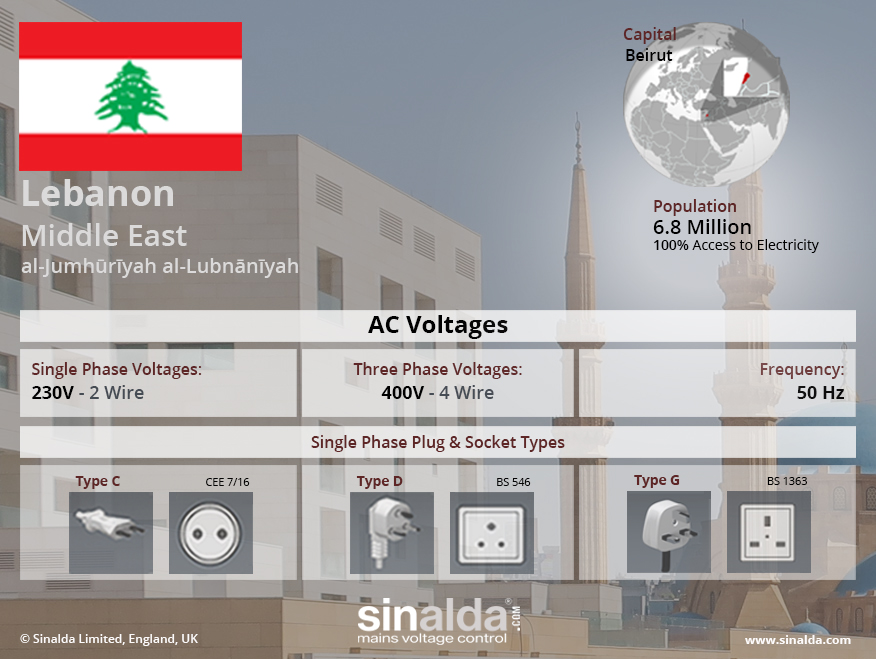 In Lebanon, with demand for electricity often exceeding the supply available, the result is regular brownouts and power outages which can last between 3 to 20 hours a day, depending on where you are in the country. According to the World Bank, Lebanese citizens are subject to on average 220 interruptions of electricity per year, ensuring that Lebanon remains one of the poorest countries for power quality in the Middle East.

It is estimated that electricity production currently stands at approximately 1,500 megawatts (MW) with demand exceeding 2,400 MW at peak times.

The electricity supply system is primarily dominated by the state-owned Electricite du Liban (EDL). Of the capacity available, 85% is supplied by EDL, with about a further 10% being supplied by grid interconnections and imports from Syria. Private generators and off-grid sources supply the remainder.

Ever since the Civil War of 1975 to 1990 the Lebanese power sector has been dogged by an inability to deliver a reliable and affordable electricity service. Over the last 25 years the sector has seen poor institutional governance, weak operational supervision, inadequate technical management and an apparent absence of effective system maintenance, as well as a severe lack of investment in material new generation capacity and distribution infrastructure. This has resulted today in low consumer confidence in the service provision, high energy costs for consumers and an inadequacy in cost recovery, with high levels of unbilled consumption and an extremely low level of collection on electricity bills. Consequently, the sector has become increasingly dependent on government subsidies for its continuing existence.

All commentators broadly agree that the need for institutional reform of the sector is absolutely vital if the country is avoid a full blown power crisis. However, the politicians seem to be unable to take the bull by the horns, being incapable of agreeing among themselves as to whether generation should be centralised or decentralised and also the degree of government involvement required in the sector moving forward.

With demand rising by an estimated 6-8% a year, before taking into account the recent influx of thousands of Syrian refugees from across the border, the need for reforms in the sector have never been more pressing. Until such time as these reforms are introduced Lebanon will continue to tinker on the edge of a full blown power crisis and the Lebanese should not expect any marked improvement in the quality and reliability of the electricity they receive.