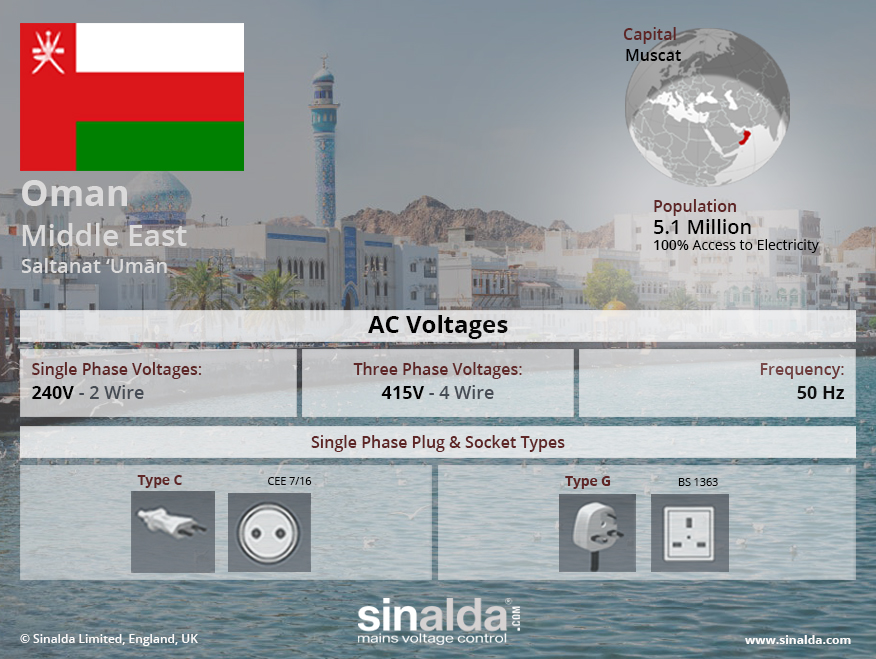 In the past, power sector inefficiencies, at both structural and operational levels, resulted in regular power shortages across the country.  In recent years, following energy market reforms, Oman has become accustomed to having a relatively reliable and stable electricity supply.

However, today with rapidly rising demand, a return to the days of unscheduled power outages and voltage fluctuations could just be round the corner.

Oman is a member of the GCC, which is working to achieve an interconnection system linking all six members, including Kuwait, Saudi Arabia, Qatar, Bahrain and the United Arab Emirates. Linking the electrical power networks in the GCC member states is designed to reduce the electrical generation reserve of each of the member states and improve power supply security and economic efficiency in the region.

In 2004, in an attempt to make the power sector more attractive for international developers to invest in modernising and making the power network more efficient, Oman was the first country in the region to pioneer the deregulation and liberalisation of the sector.

Until 2004, Oman’s Ministry of Housing, Electricity and Water was responsible for generation, transmission and distribution of electricity. Since privatisation the sector has been overseen by the state run Authority for Electricity Regulation (AER).

With the exception of temporary generation and some smaller rural facilities, Oman relies on fossil fuel resources (73% gas and 27% Oil) for its power generation. However, Oman’s natural gas supplies are largely committed and to keep the power stations running in the not too distant future the country may have to start importing gas. 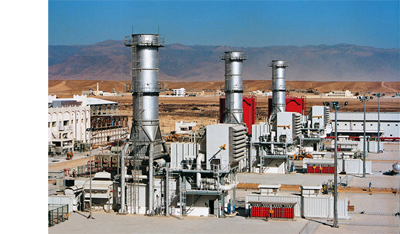 Owing to the country’s size and varying population density, Oman’s power sector consists of three separate networks. The largest network, known as the MIS (Main Interconnected System) supplies over 90% of the nation’s needs and covers the northern part of the Sultanate. A smaller network owned by the Dhofar Power Company serves the Salalah area in the south and the rest of the country is supplied by the Rural Areas Electricity Company. PDO (Petroleum Development Oman) who are responsible for oil and gas exploration and production also own and operate their own power system and this is interconnected with the MIS and Salalah networks.

Historically, demand in the ten years leading up to 2010 grew by 180%. Peak available capacity struggled to keep pace and power outages and brownouts were not unusual. In recent times, with increased generation capacity, the situation has been far better. However, as is common with most countries in the region, demand tends to be very seasonal, with demand in the summer months, due to the intensive use of air conditioning systems, being over two-times greater than in the winter.

Seeking to move the economy away from its reliance on oil exports, the government, as part of Oman’s Vision 2020 diversification scheme, is investing $150 billion in infrastructure projects and actively seeking to promote tourism. While fully commendable, most observers agree that the inevitable increase in demand for electricity will fully test existing and planned future generation capabilities.

Today, generation capacity is estimated to stand at 7180 MW, against a peak demand of 6060 MW. With energy consumption over the next seven years projected to increase at an annual rate of 8%, peak demand is expected to rise to 10,413 MW by 2022. To accommodate this perceived demand growth, most commentators agree new generation capacity is urgently needed to be added to the network to prevent a return to the power outages and brownouts experienced in the past, especially during times of peak demand.

Seeking to keep pace with the demand for electricity, the Oman Power and Water Procurement Company (OPWP) — the sole procurer of new power generation capacity in the Sultanate – has unveiled plans for the implementation of a string of major projects over the next seven years involving billions of dollars in potential investment.

Oman has consistently clear skies and has some of the best conditions in the world to take advantage of solar energy. In the quest to reduce the reliance on gas and oil for generation, many commentators feel the Sultanate should be far more proactive in fostering and developing its renewable energy resources. Wind is also a promising renewable energy resource, especially in the coastal and southern parts of Oman. Oman, as part of the 2020 Vision, is currently looking to develop and implement an energy strategy that envisages in the future 10% of its electricity needs will be satisfied by renewable energy resources.

In the past, little was done in terms of demand side management and energy conservation. With generation capacity likely to be severely tested in the coming years, in early 2016, in an attempt to promote energy conservation, The Authority for Electricity Regulation (AER) reduced the subsidies given to commercial, industrial and governmental users. While generally regarded by observers as a welcomed step in developing public awareness of the need for conservation, much more can and must be done, especially in encouraging the use of energy-efficient products.

In conclusion, given the country’s rising population and drive to a more industrialised and diversified economy, meeting the nation’s electricity demand is likely to become an ever pressing issue in the coming years. While Oman, due to its energy market reforms of the last two decades, may be the best positioned of all the six GCC member states, to stay ahead of demand by ramping up production, whether it can deliver in the future a reliable and stable electricity supply, especially during peak times, remains to be seen.