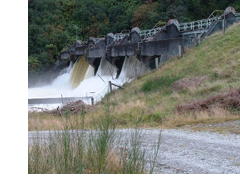 With the area being primarily dominated by Australia and New Zealand, the Oceania region is abundant in natural resources and shows a wide diversity in fuel sources utilized to generate electricity. In addition each country has its own unique challenges in terms of economies of scale, fuel availability and accessibility in delivering clean, affordable and reliable power.

Australia, being rich in coal and uranium, derives over 70% of its electricity from fossil fuels and has a situation where, due to a widely endorsed national drive for energy efficiency, demand is reducing. Currently it is estimated that there is a very healthy 15 to 20% over supply in national generation capacity. Unlike many countries in the rest of world, there is no immediate requirement for additional capacity, however there is a growing public demand for current coal fired generation plant operators to clean up their act and reduce carbon emissions.

New Zealand on the other hand gets over 70% its power from cleaner hydro and other renewable resources. The majority of this generation is from aging hydro stations established on lakes and rivers in the lower half of the South Island, while most of the electricity demand is in the North Island, in particular, the Auckland region. Consequently, large amounts of electricity is need to be transmitted long distances over the grid. The aging and near-capacity grid has suffered in recent years several high profile failures, including a five week blackout in Auckland during 1998, a seven hour blackout of the inner city in 2006 and also in 2009 a four hour loss of supply to northern Auckland and the whole of Northland when a forklift accidentally took out a 220 kV circuit. Since 2006, the authorities have spent nearly $2 billion in reinforcing the supply into and around Auckland.

On the regions numerous remote islands and atolls power generation has been primarily derived from expensive petroleum oils and inefficient diesel generators. The introduction of solar water heaters in countries like Kiribati, Samoa, Nauru, Tuvalu and the Cook Islands, and hydro power generation playing a more important role in Fiji and Samoa, clearly shows an intension by the islands in the future to move towards a more renewable and less expensive electricity mix.

Click on the relevant country of Oceania listed below to learn about the voltage requirements and state of the electricity power supply to be found in that particular region.

Request a Quote for Fixed-Frequency Converters

Request a Quote for Variable Transformers

Request a Quote for Variable-Frequency Converters

Thanks for Signing Up

Voltage in Antigua and Barbuda

Voltage in Bosnia and Herzegovina

Voltage in Isle of Man

Voltage in Republic of Congo

Voltage in Saint Kitts and Nevis

Voltage in Saint Vincent and the Grenadines

Voltage in Saint-Pierre and Miquelon

Voltage in Sao Tome and Principe

Voltage in Trinidad and Tabago

Voltage in Turks and Caicos Islands

Voltage in United States of America

Voltage in US Virgin Islands

Voltage in Wallis and Futuna